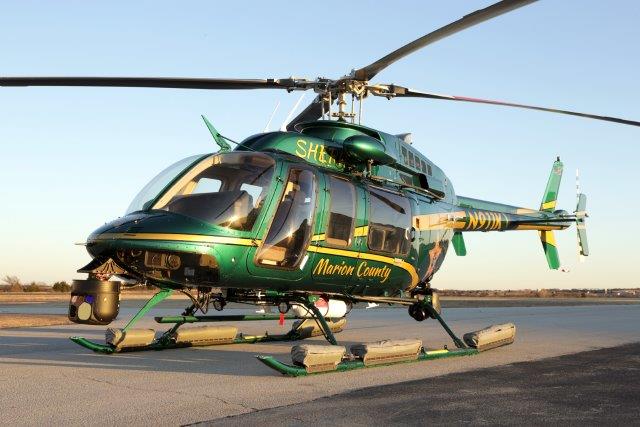 Additional benefits of this technology include multifunction display capability for traffic mapping, weather, terrain and more. Cockpit connectivity can also be accomplished through WiFi® and Bluetooth® technology.

AeroBrigham is scheduled to provide the Garmin GI 275 updates for several Air Tractor Fire Boss airframes this year at their facility in Decatur, Texas just north of the Dallas/Ft. Worth metroplex.

AeroBrigham is also integrating a comprehensive heads up display (HUD) for the Fire Boss series amphibious scooper air tanker. This capability utilizes selectable Flight data and information such as thermal imaging that can be presented on the HUD. 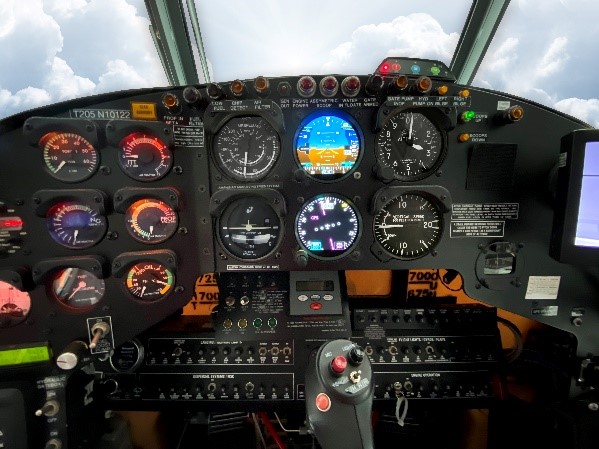 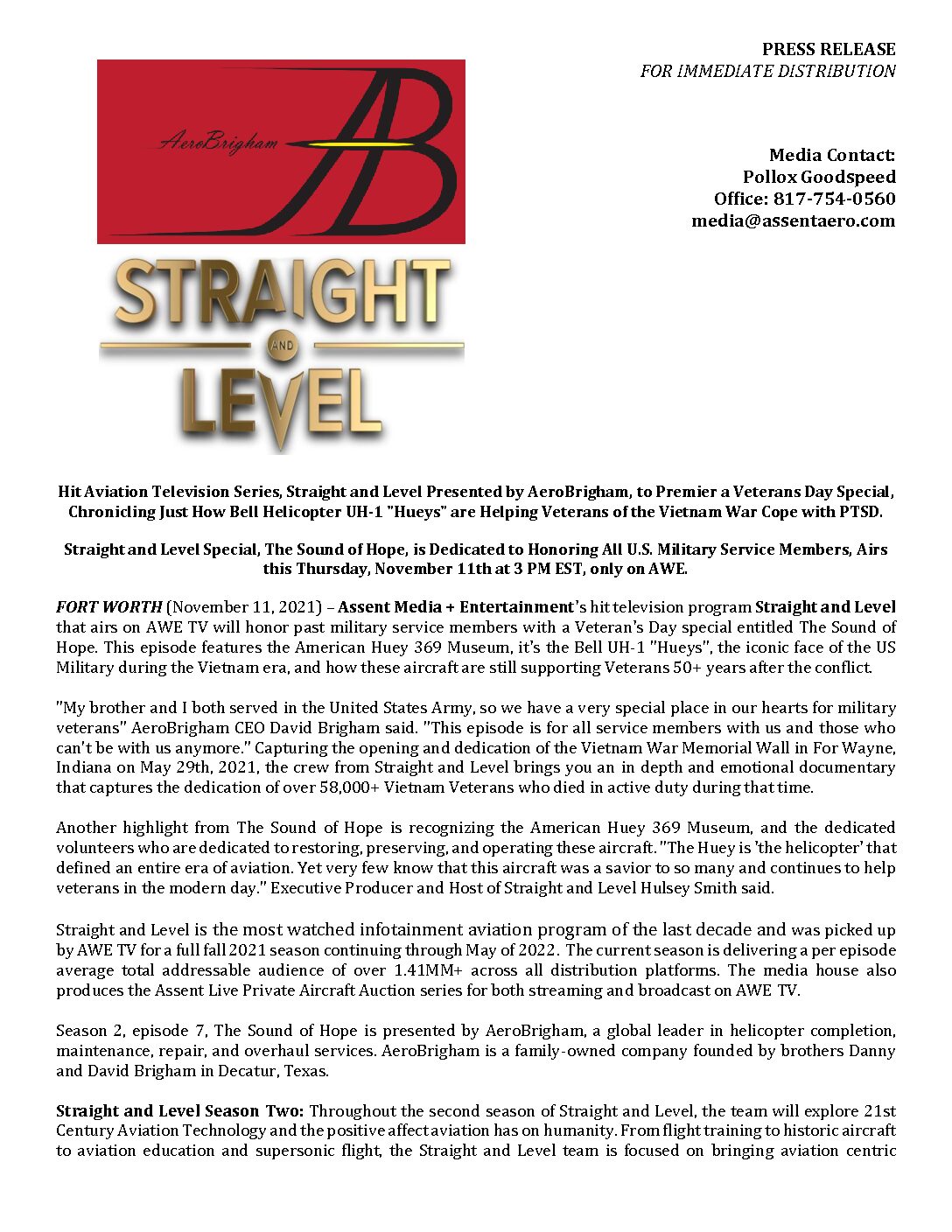 Straight and Level live programing aims to extend the reach of NBAA-BACE via network TV with a “game day’ style broadcast set located in the aircraft static display at Henderson Executive Airport and live coverage from the Las Vegas Convention Center.

FORT WORTH (October 4, 2021) – Assent Media + Entertainment‘s hit television program Straight and Level on AWE TV will broadcast live special episodes from the National Business Aviation Association’s Business Aircraft Convention and Exhibition in Las Vegas, Nevada. Straight and Level is traveling to Las Vegas with its live broadcast set and satellite production trucks to highlight key storylines and offer news, expert analysis and in-depth coverage of NBAA-BACE. “Building upon our successful collaboration with The Experimental Aircraft Association during Oshkosh AirVenture 2021, it was a natural fit to marry our live broadcast capabilities with Straight and Level to bring NBAA-BACE to network television.” said W. Hulsey Smith, Executive Producer and Host of Straight and Level. “NBAA’s leadership is truly forward thinking.  These are the same leaders who went out of their way to ensure the entire convention is carbon neutral. They deserve tremendous credit, and we are honored to work hand-in-hand with NBAA to extend the reach of NBAA-BACE via network television.”

Straight and Level is the most watched infotainment aviation program of the last decade and was picked up by AWE TV for a full fall 2021 season and optioned through 2022 for a total of thirty-nine new episodes. The current season is delivering a per episode average total addressable audience of over 1.41MM+ across all distribution platforms.  While the production from NBAA-BACE will be the first ever live episodes of Straight and Level, Assent Media + Entertainment is no stranger to live event production. The media house also produces the Assent Live Private Aircraft Auction series for both streaming and broadcast on AWE TV. “AWE has a track record of multiplatform success, and the success of Straight and Level speaks directly to that strength.” said W. Hulsey Smith Executive Producer and Host of Straight and Level. “The linear and streaming ecosystem is delivering strategic value for the series, our partners, AWE TV and ultimately fans of Straight and Level who have the freedom to choose how and when they consume our content.” Said Charles Herring, President of AWE TV.

The live broadcasts of Straight and Level from NBAA-BACE are presented by AeroBrigham, a global leader in helicopter completion, maintenance, repair, and overhaul services. AeroBrigham is a family-owned company founded by brothers Danny and David Brigham in Decatur, Texas.  “From helicopters to bizjets and biplanes, Danny and I have a passion for all aspects of aviation, and our partnership with Straight and Level allows us to share the wonder of flight with people of all ages.” Said David Brigham, Co-Founder of AeroBrigham. AeroBrigham signed a multi-year commitment to be one of the presenting partners for Straight and Level during series development. “If we inspire just one child to learn to fly, or even do well in school in hopes of joining the industry, consider our partnership with Straight and Level a success. Aviation has been a blessing in our life, and we want to pay it forward for the next generation.” Said Danny Brigham, Co-Founder of AeroBrigham.

“I have known David for the better part of fifteen years. We met about the time he founded United Rotorcraft with one little toolbox and an empty hangar. David built and grew that business, and then sold it to a public company. Success changes many people but not David Brigham. His dedication to his clients, to perfection in the AeroBrigham hangars, and to the industry has never wavered. Not Once.” Said Smith.

Straight and Level Season Two: Throughout the second season of Straight and Level, the team will explore 21st Century Aviation Technology and the positive affect aviation has on humanity. From flight training to historic aircraft to aviation education and supersonic flight, the Straight and Level team is focused on bringing aviation centric human interest stories to life. “The golden age of aviation isn’t over, people just stopped paying attention, and our focus for Straight and Level is to bring the joy and love of flying back to the forefront of conversation.” said W. Hulsey Smith, Executive Producer and President of Assent Media + Entertainment.  The next episode of Straight and Level, Episode S2E3 – “Flight Training in the 21st Century – Presented by AeroBrigham” airs Thursday at 3pm ET.

“Straight and Level” will feature and highlight topics related to aviation news and information, including aircraft profiles, aircraft for sale, aircraft markets, aviator information, segments on aircraft operations, how to purchase aircraft, and how to sell aircraft, along with general aviation interest stories as well.

AeroBrigham, a family-owned company located at the Decatur Municipal Airport (KLUD) in Decatur, Texas just north of the Dallas / Fort Worth aera, is a world leader in helicopter completions, maintenance, repair, and overhaul services. As a certificated FAR Part 145 Repair Station, AeroBrigham’ s services range from line maintenance to full helicopter and airplane completions services including: aircraft interior, avionics installation and modification, paint, and inspection services. Founded by brothers David and Danny Brigham, who have over 54 years of combined aviation experience, AeroBrigham is known for delivering meticulous attention to detail and unwavering quality across every single aircraft that crosses their hangar threshold. For more information regarding AeroBrigham’s extensive capabilities please visit www.AeroBrigham.com or call 940.626.4849.

AWE, A Wealth of Entertainment, is a 24/7 lifestyle and entertainment national cable channel. AWE TV delivers what every American dreams of – from awe-inspiring travel destinations to outrageous cars, from culinary delights to amazing homes, live world championship boxing, and much more. Formally known as WealthTV (or Wealth Television), AWE’s all inviting and vicarious living programming lineup has strong, broad appeal across age and income demographics while holding a special appeal to the highest income households. Successfully launched on June 1, 2004, AWE was one of the first all high-definition networks in the United States. AWE TV is distributed by leading cable and satellite service providers around the globe. For more information, visit awetv.com. 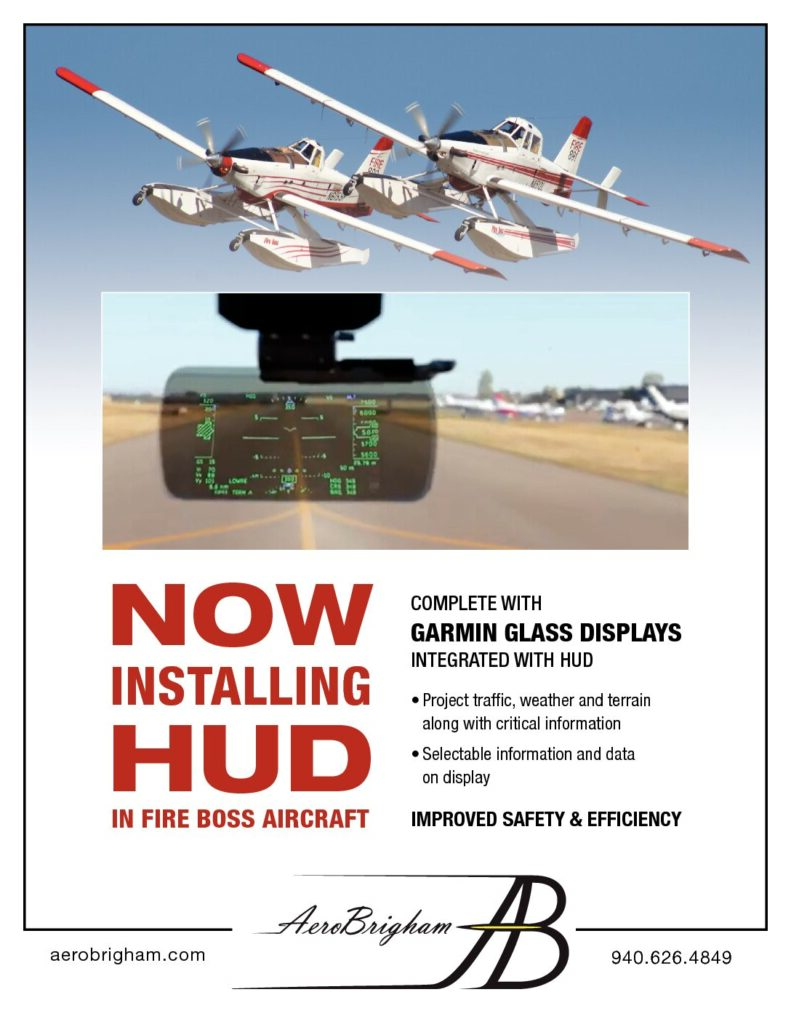 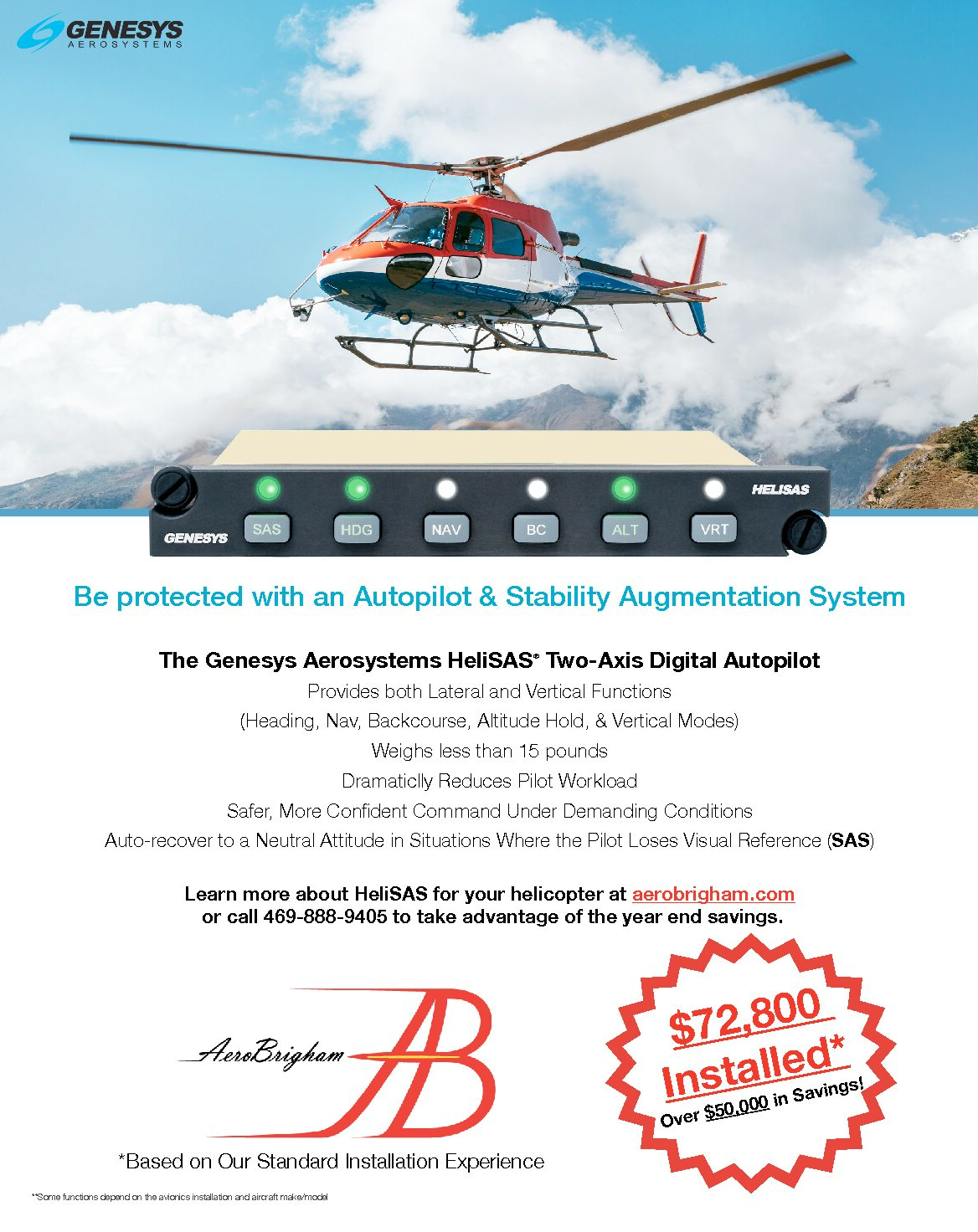 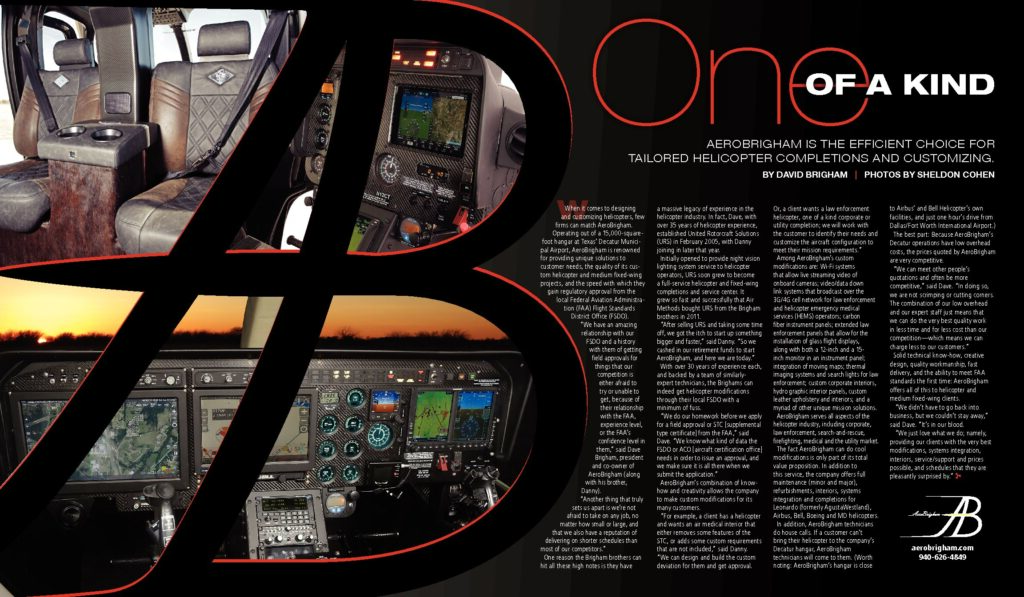 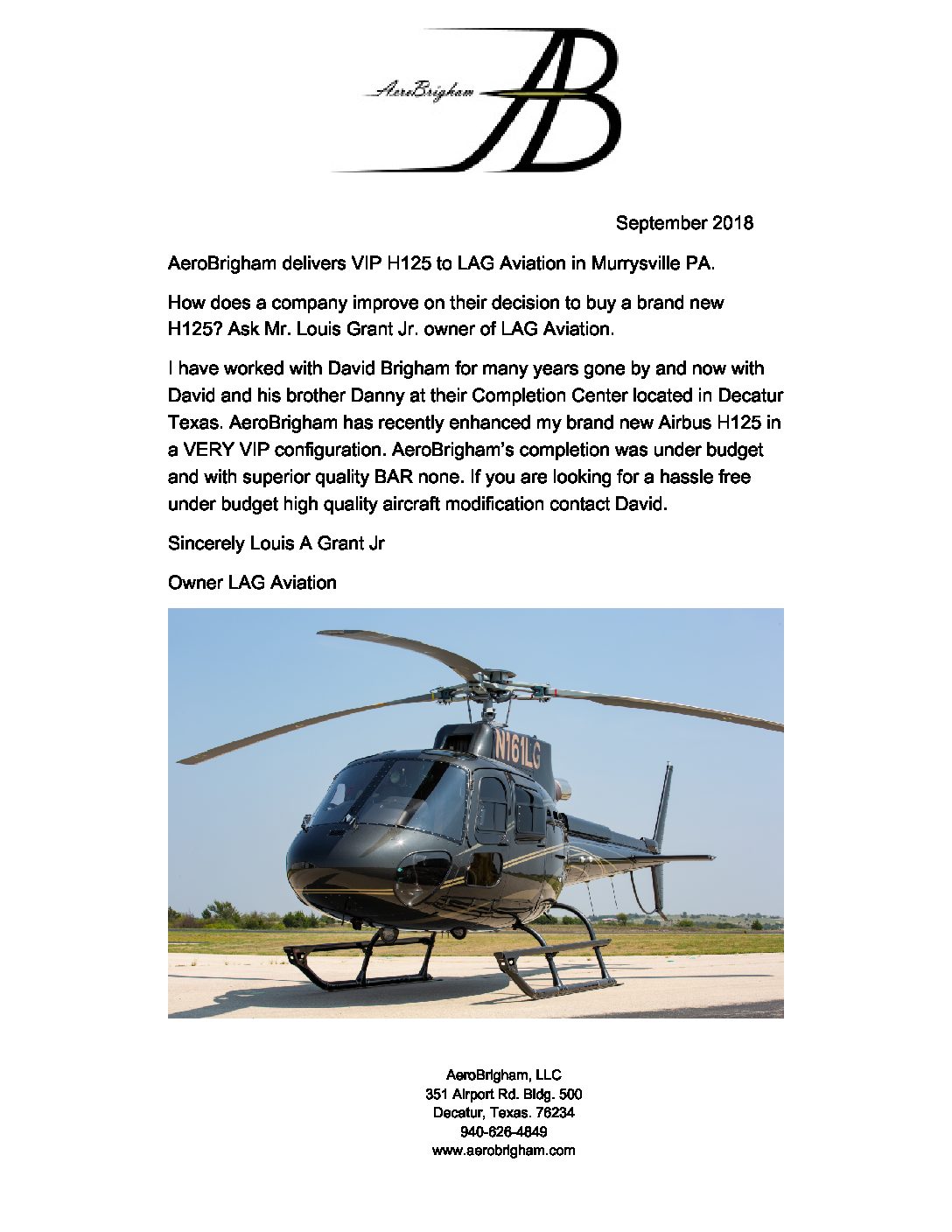 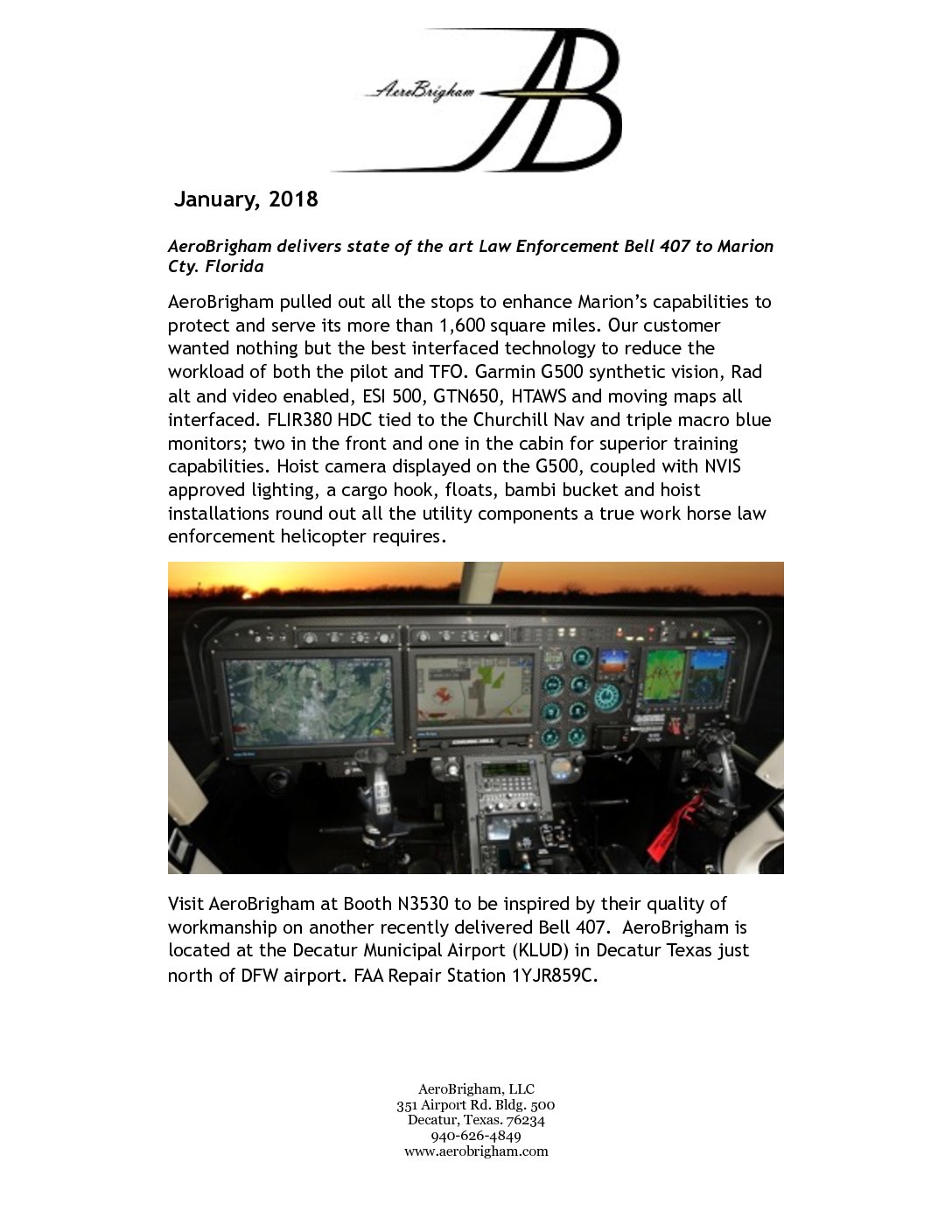 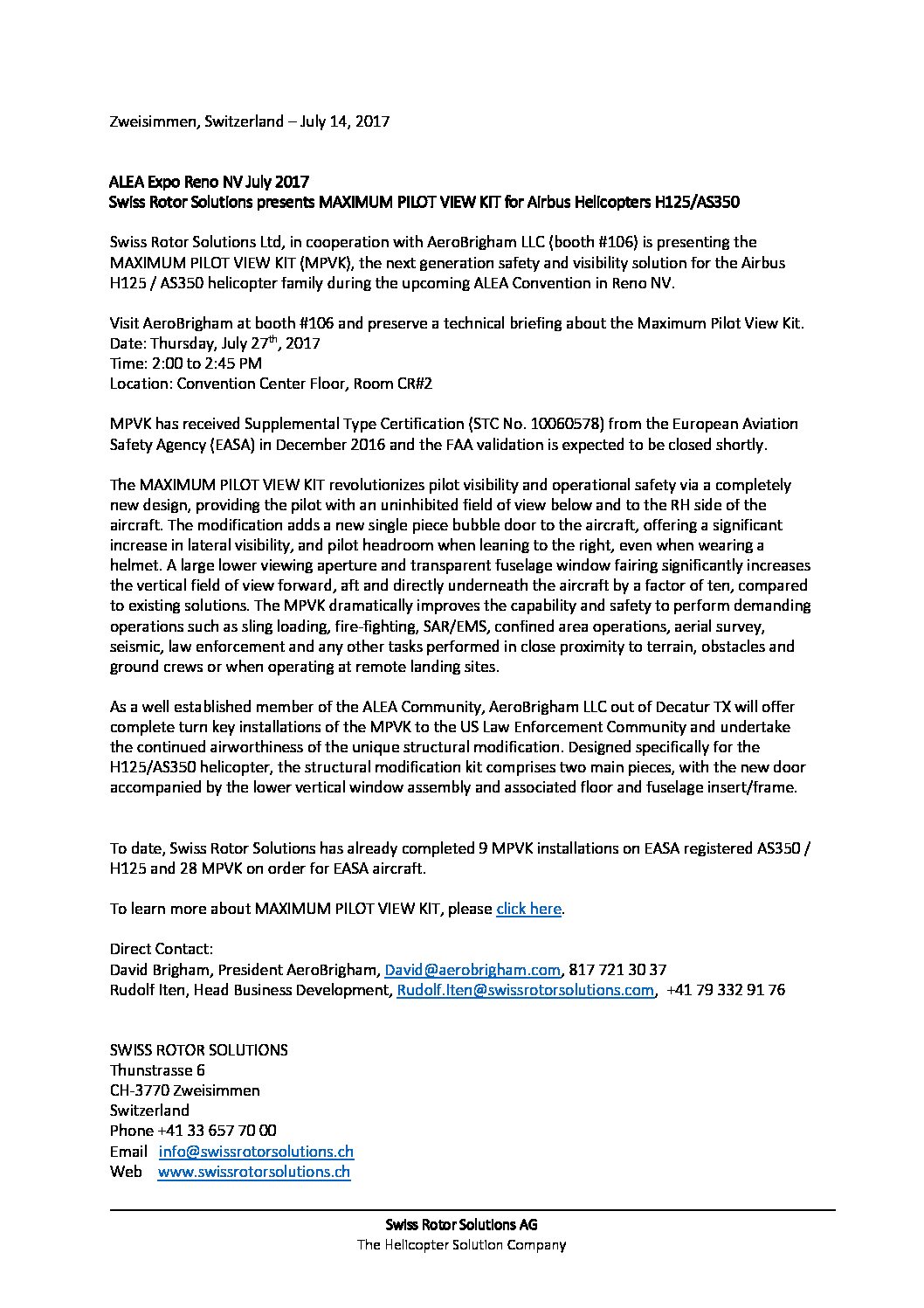 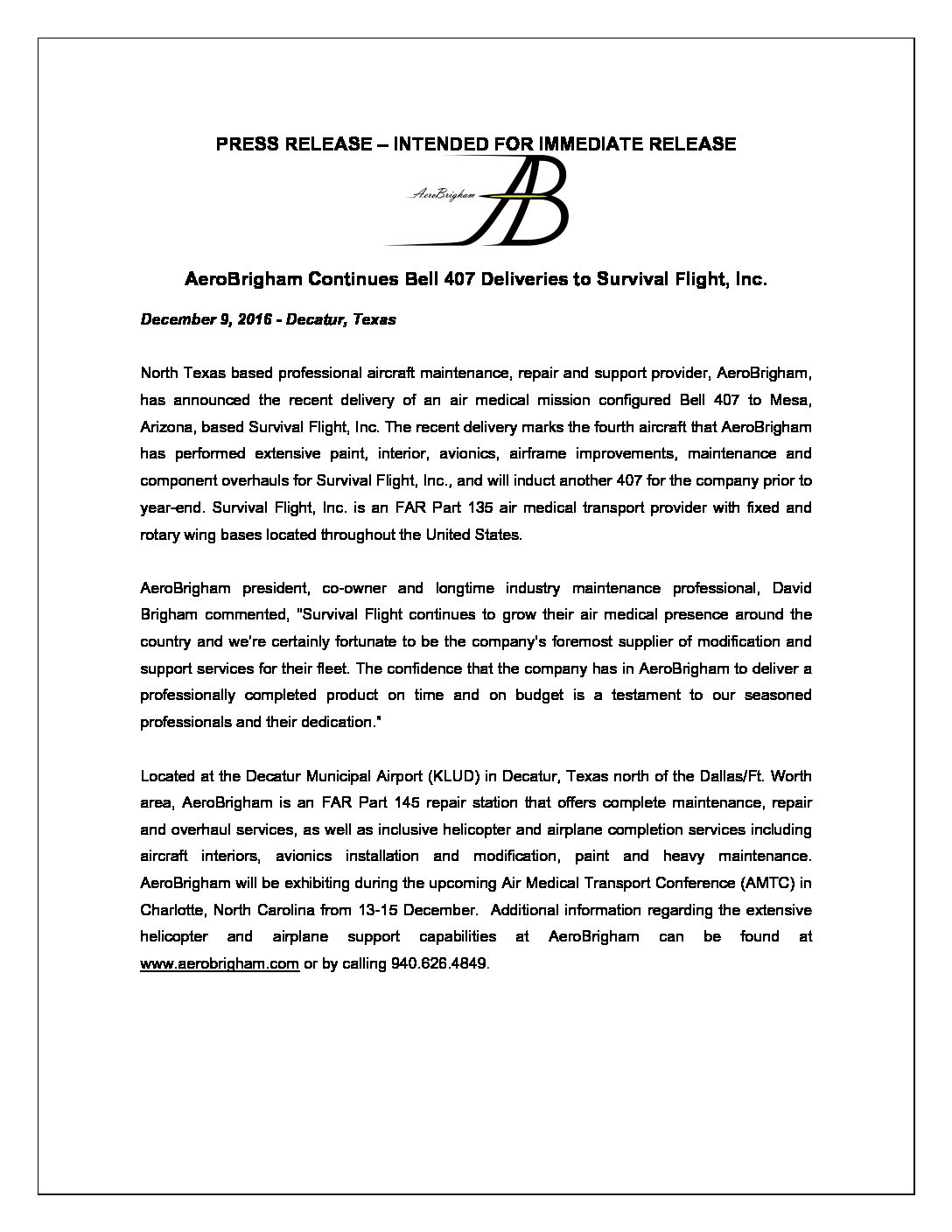